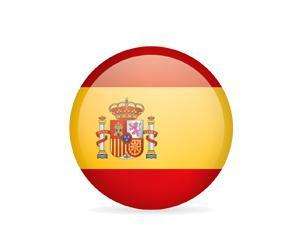 Yes ladies and gents , in the news this week, Spain, as Finland before, is becoming the new place to be or rather to invest in, for online casino operators! The Spanish General Directorate of Gaming (DGOJ) has officially announced that 12 new operators have applied to enter the Spanish online gaming market. Since the soccer world cup last year, the industry’s revenues in Spain have exploded putting the country back on the map for flourishing deals to be made by online gaming operators.

In late November, the Spanish gambling regulator identified the FIFA World Cup national football team competition as the main reason for a significant increase in the national online gaming revenue. There has been a jump of 19% in the revenue generated by that industry, which amounts to 62 million Euros. Online bookmakers specialized in sports betting are responsible for 54% of that increase, generating a total of 33.7 million Euros. This is a 6% increase compared to the second quarter of 2014.

« This announcement coincided with a new regulation campaign taking place in the country to enhance slots and sports’ bets. »

This increase in gaming revenues was not due solely to the outstanding performances of bookmakers. Indeed, online casinos in Spain also played a significant part in this process. For instance, the poker revenue registered an increase of 12% compared to the second quarter of 2014, generating 17.2 million Euros. Moreover, the final official number for the total revenue generated by online casinos in Spain is 8.5 million Euros. In addition to those outstanding results, the DGOJ announced that it was now welcoming new license applications from operators interested in entering the Spanish online gaming market. This announcement coincided with a new regulation campaign taking place in the country to enhance slots and sports’ bets. No wonder operators are rushing to invest in Spain!

They said why not!

Not only 12 new operators have expressed their interest in joining the country’s online gaming market, but the DJOG has also confirmed their wish to enter the market under a new license tender. As this paper is being written, 12 operators have been granted a total of 20 licenses by the DJOG, which refused to divulgate the operators’ identities. Among those licenses, 9 are for betting purposes, while 11 are related to other games, and 32 additional ones are for specific product licenses.

Following the announcement, other qualified operators have also submitted seven new applications, including 6 for betting and 1 to cover a variety of other games. The attraction towards Spain does not stop there, since 10 qualified operators, and 7 new operators have submitted 18 new applications to be reviewed by the DGOJ. Among those 18 applications, 17 were for a Singular Gaming Machine license, and 1 was for a Singular Crusader Bets license.

The operators will be notified on the status of their request within the 6 months following their application’s submission. Its goes without saying that the waiting period is rather long. However, the sacrifice seems to be worth it, considering the collective rush that we are noticing towards the Spanish online gaming market.