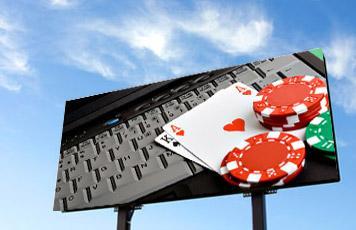 Despite the common belief that holds gambling advertising responsible for the troublesome players’ behavior, reports find that the latter only has limited effect on the gambling problem among young people. This is a rather interesting finding. Indeed, in the United Kingdom, although gambling advertising has increased since the Gambling Act 2005, the regulatory system in place seems to be satisfactory. This article is intended to show that, even though gambling has a negative connotation, recent reports bring nuances to this commonly accepted idea.

The regulations on gambling advertising

« While our review illustrates that our set of regulation on gambling advertisement is efficient, we are staying cautious and will take action where data proves that children or vulnerable citizens might be in jeopardy. »

The CAP director Shahriar Coupal recently stated that: “We are aware that gambling can be a controversial issue which is why there are firm regulations in place to guarantee it is advertised conscientiously. While our review illustrates that our set of regulation on gambling advertisement is efficient, we are staying cautious and will take action where data proves that children or vulnerable citizens might be in jeopardy.” There are two key indicators to take into account, while evaluating gambling-related harm: problem gambling and underage participation. The latest report showed that 2007 was a period of significant increase in gambling advertising. However, since that period, the two indicators have significantly declined, and remain at their lowest levels.

Increase in gambling vs. increase of gambling problems

In his review relative to the Responsible Gambling Trust, Dr Per Binde noted that vigilance is key in terms of gambling advertising’s regulation. Indeed, Dr Binde identified the limitations of the correlation between gambling advertising and gambling problems. The review suggested that there is a need to comprehend the origins and the factors involved in gambling-related harm. The prohibition of advertising in certain media does not seem to be likely to happen in the near future, although it has been suggested. It is a rather reassuring decision for the casino and gambling industry, which is already facing its fair share of issues.